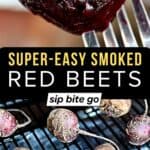 These easy Traeger smoked beets use only one ingredient and are SO TASTY. They smoke on the pellet grill in just a couple of hours and require 1 minute of prep time. Let’s cook ‘em up…

HEY THERE — Are you on instagram? Get easy smoker ideas @sipbitego.

Why is this recipe for smoking beets so good?

Here’s what you need to make this smoked beet recipe.

Size of beets to use

Root vegetables like beets (and parsnips) are notoriously longer to cook than other vegetables because they are so dense.

The best type of beets to smoke in the pellet grill are on the smaller side, since that will reduce your cook time.

How to smoke beets

Now I’ll walk you through it…

How to smoke beets?

Beets cooked in a smoker are super simple. Start by preheating your smoker to 300 degrees F. Next, add the beets directly to the grill grates and smoke for two hours until they are tender and can be easily pierced with a knife or fork. The internal temperature should be 205 degrees F when cooked. Remove the beets, cool, then peel. Dice and serve in a beet salad with goat cheese.

How long do you smoke beets for?

You smoke beets for two hours at 300 degrees F. You will know when the smoked beets are done because they will be easily pierced with a fork or knife and the internal temperature will be 205 degrees F.

Do you need to season beets before smoking them?

You know, I don’t. Usually I add dice up, add dressing, and use smoked beets in salad recipes. So they have plenty of flavor for eating them. But you can rub with olive oil and sprinkle beets with sea salt before adding them to the pellet grill.

What to serve with beets?

Serve beets with dinner main dishes like smoked salmon, smoked ribeye steak, this yummy pork belly burnt ends recipe, or tri tip in oven. I also like to make them in a big batch to enjoy chilled or at room temperature throughout the week with easy meals like frozen chicken patties in air fryer, or a homemade hamburger patty.

See my favorite smoker tools and seasonings in my Amazon Storefront.

Why I wrote this recipe

I love all the good meats to make on the Traeger, but vegetables are something I try to get creative with as much as possible. Because: nutrition.

Vegetables in season inspire me, and beets have been a particular favorite of mine since my grandma made farm-fresh beets for me as a child.

I was smoking them the night the electricity kept going out in the Dallas area – we were having a lot of thunderstorms – and so they took forever to finish.

Luckily, I know my favorite time and temperature and was just getting the recipe recorded, but that’s why you’ll see in the video I finished them when it was very dark out.

The grill kept going on and off (the Traeger is run on pellets but actually powered by electric).

And so they weren’t ready to eat until the next day because I didn’t finish them until 10pm!

Hey home chefs, hope that answers all your questions about smoker beets.

Until then, check out this smoked mac and cheese and this smoked corn on the cob side dish using the Traeger.

If you don’t follow me on instagram you totally should @sipbitego. And for more deliciousness, subscribe to the Sip Bite Go channel and see the Sip Bite Go recipe collection. 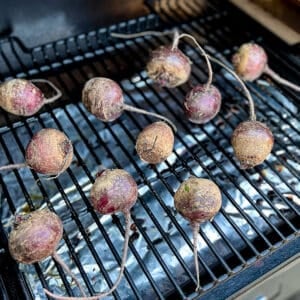 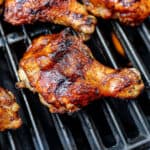 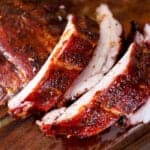 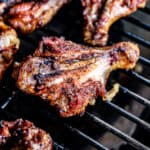 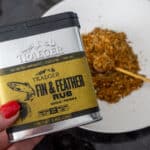 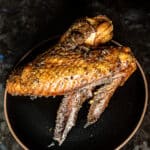 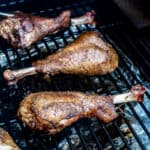